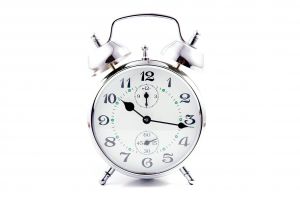 Well it might not look like it with the white stuff still loitering around but, officially, Sunday 31 March is the start of British Summer.

You should all have remembered to put your clocks forward 1 hour – if you haven’t, when you get to the Rose & Crown, there might not be anyone there.  Unless several of you don’t heed the warning in this public announcement, that is.

So with a spring in our pedalling legs, we have 30 miles at an average 13 mph planned for this Sunday’s ride, which has been compiled by the infamous Mr Howe.

Here is the route.

Meet at the Rose & Crown watering hole, 9.50am for a 10am departure please. 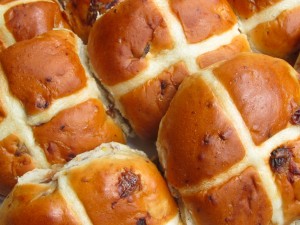 as far as the cake eating cyclist is concerned anyway. (And probably a whole host of other reasons too).

For this was the year in which the rules regarding strict fasting & abstinence on Holy Saturday (the one between Good Friday & Easter Sunday) were revised.

So, no excuse not to get out and eat cake!

So, for the whole of tomorrow’s ride, let’s avoid the holes in the road and, mid-way, hole up somewhere warm to fill the hole in our bellies. 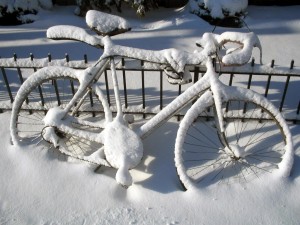 It isn’t often that we admit defeat, but this weekend just might be a first for the hardy Vinghoe Velos. The conditions are not just horrible, they are positively nasty. Many of our members were planning on riding the Iain Rennie Chilterns Cycle Challenge but we note that is has now been postponed due to the bad weather conditions.

So it is with a heavy heart that we not going to put a ride out this week. If you are able to wear something that makes the cold, sleet and slush bearable, by all means turn up with your mountain bike at 10am tomorrow – if someone else is mad enough to join you then a ride over some bridleways might be in store. Alternatively, stick the fire on and snuggle up at home confident in the knowledge that at some point spring has to begin – apparently. 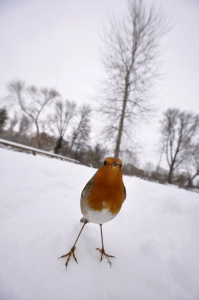 … and we shall have snow,
And what will poor robin do then, poor thing?
He’ll sit in a barn and keep himself warm
And hide his head under his wing, poor thing.

Vinghoe Robin, on the other hand, will be donning his winter woollies & wing warmers and venturing out for some tea, cake and wind-swept adventures.

As we are riding on St Patrick’s day this Sunday, we thought it appropriate to ride one of our normal routes in the reverse direction. The weather forecast is also giving us a flavour of Ireland with decidedly damp “under tyre” conditions predicted.

We plan to continue with our new 13mph standard.  Hegs has volunteered to lead this week’s ride.  As ever, we shall be meeting at the Rose and Crown, Ivinghoe from 9.50am for a 10am departure. 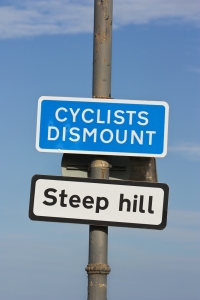 We’re a lovely little group
Who enjoy cake and soup
When we’re out on our ride
Whilst others are inside.

Come sunshine or rain
You can find us in a lane
En route to a cake shop
For a mid morning stop.

Best not to be too fast
Else you will whizz past
My friends and me
When we stop for cake and tea.

Not been on 2 wheels
For YEARS it feels?
Only rode a trike
And never a bike?

Or if you’re new to the game?
Don’t hang your head in shame
We welcome everyone
To come an join our fun.

Why don’t you come along
And join our throng?
Any old bike will do
And we always wait for you.

So come on down
To the Rose & Crown
We always meet by ten –
We’d love to see you then!

*Velocipedestrination – the art of cycling, derived from the old cycle term ‘velocipede’ 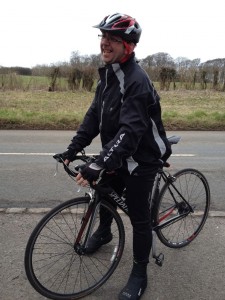 The ‘Legend of the Hills’ Dave Howe has kindly both submitted this weeks ride and will be leading the “13 mph average” main group. As is usual these days, anyone who would prefer a faster or slower ride is most welcome to join us and form their own teams to ride together. We meet at the Rose & Crown from 9:45am and plan to start around 10am.

Back in the day Bicylces were made from the finest grade Sheffield Steel and spare iron girders, that were found lying around in Staffordshire. They came in two colours, cheifly chosen to prevent them being seen by the Luftwaffe. Black for night use, and green so you could lie them down in a field during the day without them being seen.

To assist with night time camouflage, the lights did not use batteries, but a dynamo built into the hub your front wheel. The faster you went the brighter the light got. Well that was the theory. The reality was that the bike was so heavy, and the magnets in the hub so strong, speed was never an option and the light flickered barely brighter than a candle.

You might think that in those harsh times, with limited fuel supplies, the government would be encouraging cycling, but no the fella with the big cigar and the whisky tumbler, decreed that all wheels should be coated in a flaky chrome plate. The result? Dirt gripped the wheels and rust seeped through. To prevent the wheel from turning to dust you would spend hours cleaning the rim and spokes with a Brillo pad.

Modern times has seen the use of cables, and even hydraulics, for braking systems. For the classic bike, these systems would have been unreliable. So to ensure reliability, and to add some more weight, and keep the lights dim, steel tubing was used to link the levers to the calipers. Naturally they were chrome plated to keep you busy.

SOME HAVE SAID THAT THE LAST TIME I CAME OUT BIKES WERE LIKE THIS!

So whats brings me back? Shameful plugging.

On 7th April 2013, Bubbles Bembridge has organised a Cycling Jolly to raise money for the Florence Nightingale Hospice Stoke Mandeville. The ride will go from the Paddington Basin in London, and meander along the canal towpath for 50miles until you reach the Brownlow Bridge, before peddling a short distance back to the pub for some well earned refreshment. There are posters up in the pub that give more information, however you can sign up here by following the link below. The cost of entry is £15 and does not include your transport to London. If you’re really keen you could get up at 4.00 am and cycle there!

Now whilst I’m here I thought I’d save Hegs a bit of work this week and publish a ride so here it is:

Well that’s it from me for another 6 months, I’m off to polish my carbon fibre forks.

P.S. Don’t forget tickets go on sale for the Ivinghoe Festival Weekend this Saturday morning at all good outlets including the town hall.

The new format of keeping the majority together at a 13 mph average is working wonders so we plan to try and keep it up this week.

It looks like it will be a dry ride too without the threat of ice – ideal for those rolling Chilterns hills! 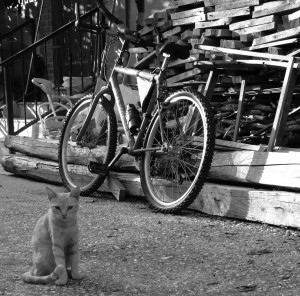 So… don’t tell Sally but…  St Mary’s Church in Edelsborough will allegedly be serving breakfast instead of tea & cake tomorrow… thought that maybe we could swing by there and see what it’s all about… what do you reckon…?  Coming…?

Or are you going to Wallingford..?

Make sure you join the right group – We’ll all be at the Rose & Crown for 10am!