This week, by way of a change, I am going to go on and on and on. Details of the Christmas party are shown on the events page. Go there now. 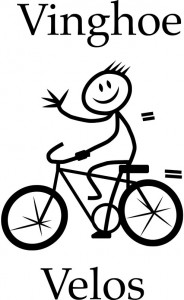 We here at Velos Towers have word from the Met Office that tomorrow’s ride will be somewhat fresh due to the recent drop in temperature. Please do wrap up warm and join us for what we hope will be a good ride to help shake off those colds and general malaise that hits us around this time of year.

As always, we will be meeting at 9:50am with plans to depart around 10am.

Tomorrows ride will focus on tea and cake at the Rose and Crown, so anyone who needs to be back promptly, we will be back before midday.

See you at 10 outside the Rose and Crown.

Ok Yes we know it’s early but……… to leave it until the night  before (as is our want) just would not work.

After an amazingly fun Christmas bash last year, Jayne has again kindly offered to be the ‘party organiser’ for our Christmas Bash.

VENUE – (yes you’ve guessed it) the Rose and Crown, Ivinghoe

This is bound to be very popular and numbers may be limited, so get the date in your diary and watch this space for more details on how to book your space(s)

It may not have escaped your attention that late on a Sunday evening ITV are showing a period drama. Indeed come Monday morning there’s barely a TV programme or radio show that isn’t discussing the previous nights episode.

This morning I thought I’d do a little research for you on this programme and see if I could give you a little more insight into this programme. So what can I tell you? Well its set in Highclere Castle, and has won lots of awards like Bafta’s and Emmy’s for everthing from the quality of the acting to the costume design. End of research.

You might therefore be thinking that pressing the right button on your remote control at 9.00pm would lead to an evening of sparkling entertainment. Indeed a few weeks ago the furore surrounding this programme finally caught up with the good lady in our house. Whilst I was blissfully happy watching the 5th repeat of Top Gear on Dave, or some other lesser channel, I have now had to watch two episodes of this programme.

So what can I report to you about it? Well it is without doubt the most pompous piffle currently shown on the television. I have been unable to deduce any of the story and I think this maybe because it moves so slowly thatI have been unable to add up any coherent parts to make sense of it.

It seems to me that Downton Abbey is to actors what jazz music is to musicians. That is that it is very self indulgent, and only understood by them. In fact I’ve got a better metaphore for this overstylish, lavishly produced useless nonsense. It is the Brabantia bin of television.

Anyway that’s enough of me moaning, I’m off to watch a classic episode of the A team. It’s the one where they’re chasing Jimmy Saville, and despite shooting a thousand rounds of bullets, they fail to hit him. A shame really.

Here’s this weeks ride, it doesn’t go past Brabantia Abbey.

Looks like we might have a gap in all this rain to have a dry ride out tomorrow morning. As always, we meet at the Rose & Crown from 9:50am.

Tomorrow looks sunny but chilly, so maybe hot chocolate? New and inexperienced riders always welcome, pace set by slowest rider, no one gets left behind. Meet at 10 am outside the Rose and Crown.

See you there
Sally

Firstly apologies for the late communication this week for the Sunday ride.

Owing our tardiness this message is clashing with X-Factor and Strictly Come Dancing so we will get straight to the point.

We haven’t yet got around to organising the rota to lead the steady pace version of the ride so we suggest that everyone have a discussion before the ride to collect ourselves in to the relevant groups.

More tea ride sunshine and cake!! As usual we have arranged for Saturday morning to be the best, brightest, cake-iest day of the week. 10am outside the Rose and Crown for more cycling adventures at the pace of the slowest rider.